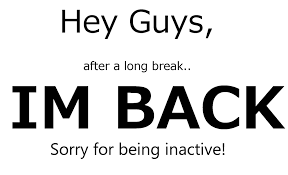 I am amazed at how many of you kept in contact with me with well wishes and thoughtfulness while I wasn't even online. I am happy to say that I will be reviewing again - there will be very limited space though and your reviews may be cross-post (which means more exposure for you).
If you are interested in being on my blog, please let me know. Relaunch is January 1, 2019.
Have a wonderful and safe holiday season.

While that's my official open, I will be doing a bit of this and that on blog and maybe a few reviews or excerpts or something between now and then - so it never hurts to email and ask.

My email inbox has been wiped clean - so please email me at makaylathomas1970@gmail.com and join me on my newer facebook page (lost my old one)
https://www.facebook.com/MakaylasBookReviews/?fref=ts

Email ThisBlogThis!Share to TwitterShare to FacebookShare to Pinterest
Labels: 2018, 2019, Re-open 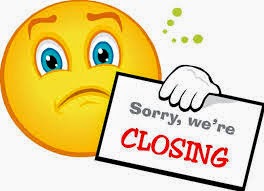 It's been a long few years and I keep missing days. While I read, I don't find it enjoyable any longer to have to write it all up and post, share and promote. I guess I've just gotten lazy in my old age.

I'll be allowing Nyxx's Nook to import all my reviews (or, at the least, any she wishes to have on her blog). No credit is due to me, I'm simply happy that some may still be featured online.

Anything I've spoken to authors about, the features will now be handles by Nyxx. She'll be using most all the ideas I was working on.

I'll leave my email up for about another week or so and then no longer be checking it.

Thanks so much to everyone that has stuck with me. Happy reading and writing.
at 10:37 AM 1 comment:

Email ThisBlogThis!Share to TwitterShare to FacebookShare to Pinterest
Labels: closing 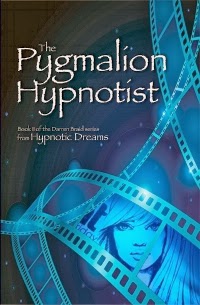 Excerpt
"Braid!" Kristen Parker pounded on his apartment door. She couldn't hear anything inside, but it was almost 10 pm. He had to be in there. "Braid, I'm not going away. Open this door."
After pounding for several minutes, Kristen finally heard the bolt being drawn. She didn't wait for him to open the door. As soon as it was unlocked, she pushed her way inside.
She caught a glimpse Latoya Douglas standing by the sofa before reeling on the hypnotist. "You should have told me."
"Told you what?"
"Liza. You should have told me she's being abused."
"I didn't see anyone abuse her, did you?"
"No, of course not. But he is, and you know it. Or you wouldn't have told me to watch her. Sunderland has got her so messed up, she afraid to even form an opinion, let alone express one."
"Maybe, but her problems could just as well be the result of past abuse. Unless we see it, or she complains, there's no way to know for sure.
Kristen gaped at him until she remembered that he had been a psychology professor as well as a hypnotist. He might actually know what he was talking about.
Kristen fumed as she turned away. But Latoya's presence brought her up short. The slender black woman wasn't moving. She stood completely still. She wore high heals and a black lace corset, which left her shoulders complete bare. The lace was cut high over her thighs, and dipped low in front of her breasts. Hypnotized and frozen, Latoya was a statue of elegant sensuality.
Kristen had experimented a bit with other women, but always preferred men. She had the sudden feeling that Latoya Douglas could change that. She swallowed hard as she tore her eyes away.
"We have to do something."
"Tell me what happened. First, do you want something to drink?"
Kristen nodded. "Beer, if you have it." She sat down on the sofa and tried to avoid looking at the sexy statue two feet away.
Darren went to the kitchen and came out with an open bottle of beer. Kristen took a large swig then related her experience with the starlet.
"I was afraid of that. Her self-esteem is so badly damaged that she's afraid to make even small decisions. It makes her totally dependent on Sunderland."
"We have to get her out of there."
"If you take her away from him now, she'll become dependent on you. She has to decide to leave. And before she can do that, she has to learn to make decisions and trust them.
"What can we do?"
"Exactly what we are doing. I'm hypnotizing her, and you're being her friend. Together, we encourage her to start eating properly and taking care of her health. Then we encourage her to start observing and thinking analytically. It's important to get her to start exercising her own judgement; and then to start trusting her judgement. Start with other actors, then her own acting, then other aspects of her life.
"Eventually, hopefully, she'll be able to see that she can make her life better by relying on her own judgement."
Kristen eyed Latoya's frozen body. "Like your uh, boy-toy here."
"Believe it or not, Latoya is one of the most confident and capable women I've ever met. Her self confidence lets her enjoy being controlled in the bedroom, and taking control in the boardroom."
Darren got a mischievous gleam in his eye. "Her self confidence even enables us to enjoy an occasional threesome." He was obviously teasing. But seeing this stunning black woman like this, completely vulnerable, completely available, Kristen felt tempted; too tempted.


My Bio
Before writing my first novel, I worked as a technical writer for 17 years. I hold a BS in Engineering and an MS in Technical Communication.

Since 2000, I've been pioneering the art of hyperempiria (creating sensory experience through hypnotic suggestion.) This is accomplished by integrating hypnotic language patterns, positive affirmations and NLP into the narrative of an audio story. One of my hypnosis programs, The Ultimate Kiss, was nominated for an "O" Award for Outstanding Innovation.
The Pygmalion Hypnotist is my second novel.

Email ThisBlogThis!Share to TwitterShare to FacebookShare to Pinterest
Labels: The Pygmalion Hypnotist 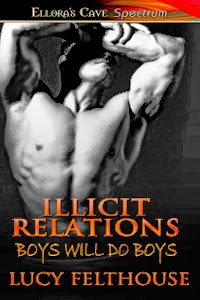 Illicit Relations by Lucy Felthouse
Terry’s had a crush on his second cousin Justin for what seems like forever. He’s hidden it as well as possible, knowing that the other man is out of bounds, forbidden fruit. Second cousins getting together isn’t actually illegal, but for Justin the relationship is too close—he just can’t contemplate them being together.
But when some new information comes to light about Terry’s birth and his place in the family, the whole game changes. Suddenly the relationship isn’t so impossible, and things soon begin to get hot and heavy.
Available from:
http://www.ellorascave.com/illicit-relations.html
http://www.amazon.co.uk/gp/product/B00H80MINW/ref=as_li_ss_tl?ie=UTF8&camp=1634&creative=19450&creativeASIN=B00H80MINW&linkCode=as2&tag=lucyfelthouse-21
http://www.amazon.com/gp/product/B00H80MINW/ref=as_li_ss_tl?ie=UTF8&camp=1789&creative=390957&creativeASIN=B00H80MINW&linkCode=as2&tag=lucyfelt-20
http://store.kobobooks.com/en-US/ebook/illicit-relations
https://ebookstore.sony.com/ebook/lucy-felthouse/illicit-relations/_/R-400000000000001170565